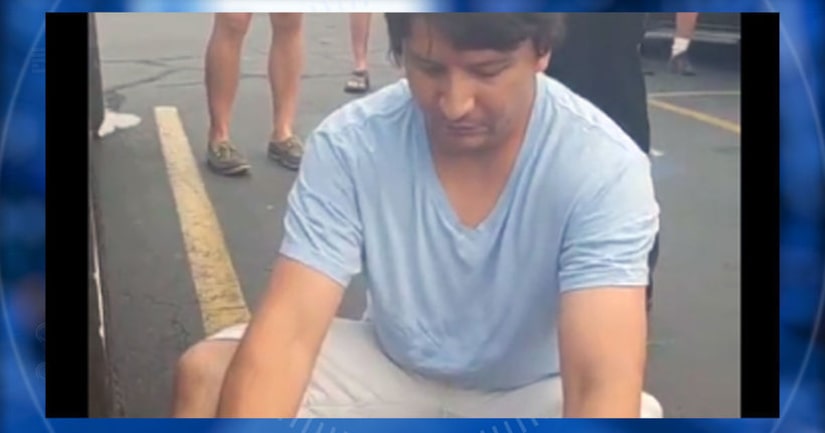 SALT LAKE CITY -- (KSTU) -- A woman's encounter with a man accused of spying on her 12-year-old daughter is going viral.

Salt Lake City police arrested 36-year-old Jorge Leon-Alfaro Saturday after witnesses said he tried to record the girl from an adjacent dressing room stall inside the Rue 21 store at Brickyard Plaza. The girl's mother tracked the man down and recorded her comments toward him as she waited for police to arrive.

“This right here is what a predator looks like,” says the woman in the video. “I caught this guy underneath my daughter's stall while she was changing at Rue 21.”

“Not today, buddy. Not today,” says the woman in the video. “I'm going to make sure your face gets out, so that you're not in any more stalls, looking under little girls dressing.”

Salt Lake City police say they had witness statements and enough evidence to make an arrest. Leon-Alfaro faces felony charges of voyeurism of a child under 14.