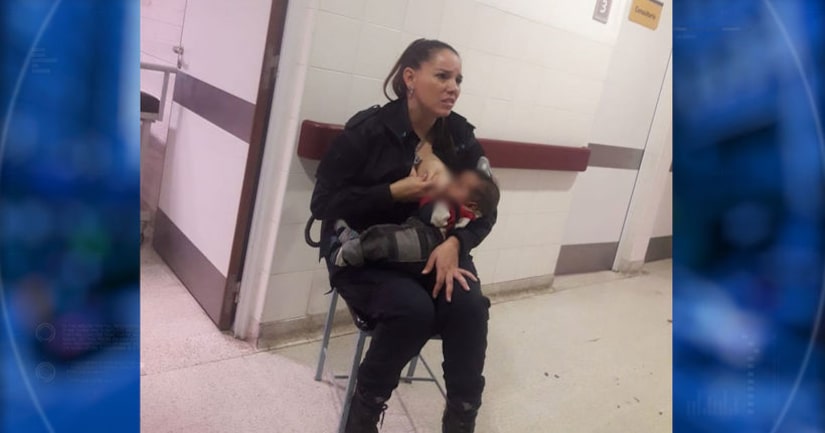 BUENOS AIRES, Argentina -- (KCPQ) -- An Argentine police officer is being hailed a hero after breastfeeding a malnourished baby while on duty at a children's hospital.

Celeste Jaqueline Ayala was working her shift at Sor Maria Ludovica Hospital in Buenos Aires when she heard a baby crying incessantly. Ayala, who is the mother of a newborn baby, asked hospital staff if she could hold and comfort the crying baby.

After receiving permission, Ayala cradled and breastfed the baby until he stopped crying.

“Things like that are not seen every day,” said Marcos Heredia, who posted the viral image on Facebook. “I want to make public this great gesture of love that you made today with that baby, who you did not know, but for who you did not hesitate to act like a mother.”

The fire department Ayala volunteers for took to Facebook to pay tribute to the kind gesture, sharing the photo that touched thousands of people.

CNN en Español tried to contact the hospital to get more information about the state of the baby, but did not get an answer.