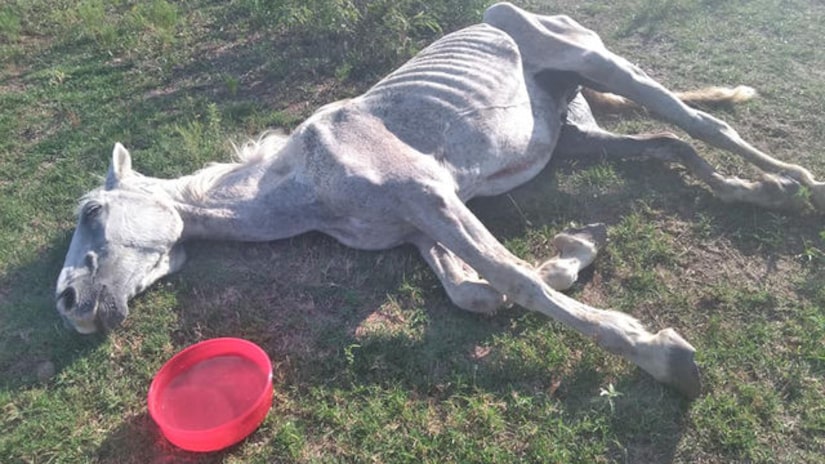 BASTROP COUNTY, Texas -- (KXAN) -- Dozens of viewers reached out to KXAN Sunday regarding what they call a severe case of animal cruelty in Bastrop County.

KXAN received numerous reports, many of which stemmed from a particular social media post about a sick and malnourished horse that appeared to be on the brink of death. The person posting on Facebook Sunday said she climbed into the pasture and gave the horse a bowl of water, but the owner of the property chased her off. She also claims that she returned later to find that the horse had stopped breathing.

The horse was seen in a fenced pasture off Highway 969 behind a hardware store. A dispatcher for the Bastrop County Sheriff's Office told KXAN Sunday that they had received several calls about the well-being of the horses in the pasture.

Bastrop County Sheriff Maurice Cook told KXAN the owner of the property runs a rodeo animal rescue which has existed for some time. Cook said while his agency had received complaints about how animals on the property were being treated before, this was the first complaint they'd received in the more than a year in which he's served as sheriff.

"It's something we don't take lightly," Cook said. He said his investigators checked on the property Sunday and they will go over their findings later this week.

If the sheriff's office does find evidence of animal abuse, the case will go to the district attorney's office. KXAN went by to talk with the property owner for this story but found a locked gate and a no-trespassing sign there.