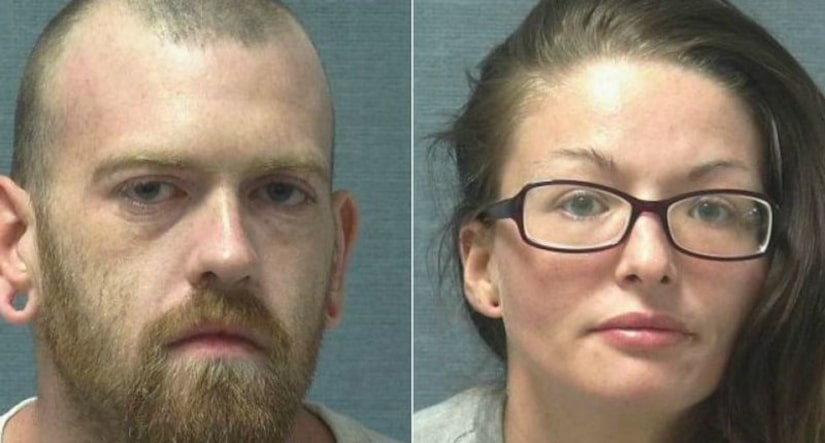 CANTON, Ohio -- (WJW) -- Officials say a baby was rescued from a hot car while two adults allegedly overdosed in a Canton parking lot. The Stark County Sheriff's Office said they responded to a call of two people laying in a parking lot on Whipple Avenue from a possible overdose on August 10.

When officials arrived on scene they say they saw 29-year-old Cody Powell lying on his back. He reportedly was turning blue and appeared to not be breathing. They also saw 29-year-old Michelle Hall laying on top of Powell's legs. A witness was holding the 1-year-old baby that she told authorities she had removed from the vehicle because the infant appeared to be sweating.

Authorities say they administered Narcan to both suspects and they were hospitalized.

The report says that when deputies spoke with Hall at the hospital she insisted that she "did not take any illegal drugs." She reportedly told officials that she had been taking multiple prescription medications and had fallen asleep. An officer said Powell admitted to buying heroin and told the officers that both he and Hall injected it while in the parking lot.

Powell and Hall were charged with child endangerment. The child has been placed in temporary custody of Mahoning County Child Protective Services, where the suspects already had an open case.