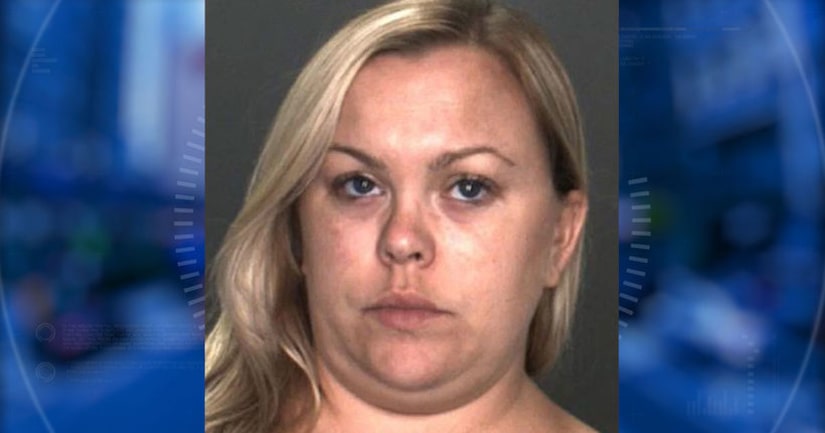 RANCHO CUCAMONGA, Calif. -- (KTLA) -- An educator at a Rancho Cucamonga school has been taken into custody on suspicion of possession and distribution of child pornography, authorities announced on Wednesday.

Officers arrested Brittany Clark at the United Christian Academy Wednesday, where she worked as a teacher's aide, on Monday afternoon, a statement from the San Bernardino County Sheriff's Department and Rancho Cucamonga police said. Clark has been a teacher's aide for about eight years. Investigators said they have not discovered any evidence that the 34-year-old Fontana resident had inappropriate images of students or made inappropriate contact with them.

Detectives learned the woman previously dated a man who just the week before was arrested on suspicion of possessing and distributing child pornography. That man, Brett Kuch, was taken into custody on Aug. 9 in Chino, authorities said. Clark was booked into the West Valley Detention Center on $100,000 bail, while Kuch was booked into the Central Detention Center on $500,000 bail.

Investigators asked for the public's help identifying individuals possibly victimized by Clark or Kuch. Anyone with information can call Detective Brian Arias at 909-387-3615. Those who wish to remain anonymous can contact the WeTip hotline at 1-800-78-CRIME (27463) or visit wetip.com.