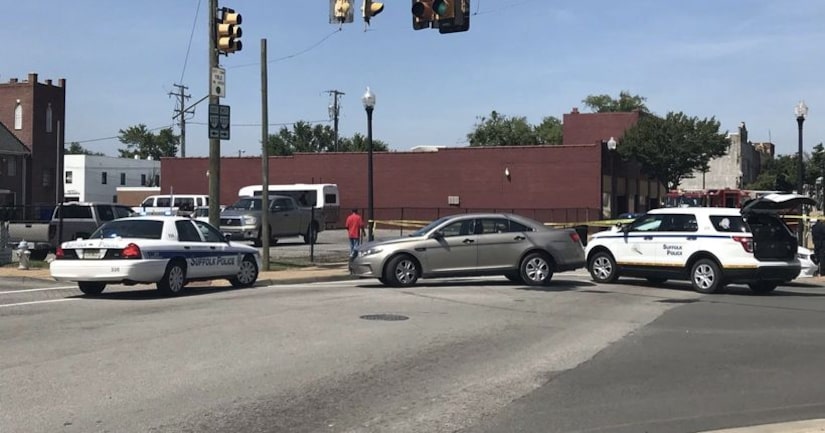 SUFFOLK, Va. -- (WTKR) -- Police responded to a report of a gunshot victim Thursday morning around 10:45 a.m. Police said the shooting that happened in the 300 block of East Washington Street started with an argument.

News 3's Rachael Cardin spoke to a witness who said he heard the two people in a local barbershop arguing over whether or not Halle Berry played or would play Aretha Franklin in a movie. Police said the fight turned physical and then one of the subjects produced a firearm, shooting the other man at least once outside the shop. Both men got emergency medical assessment and treatment by Suffolk Fire & Rescue personnel before being transported to local hospitals for further treatment.

Police said the gunshot victim is considered to be in serious condition. A man who tells News 3 he is the victim's brother said the treatment is ongoing at Sentara Norfolk General Hospital. A nearby business was fully staffed during the shooting, and men inside recall hearing someone saying, "No, no no!" before hearing about 4-5 gunshots.