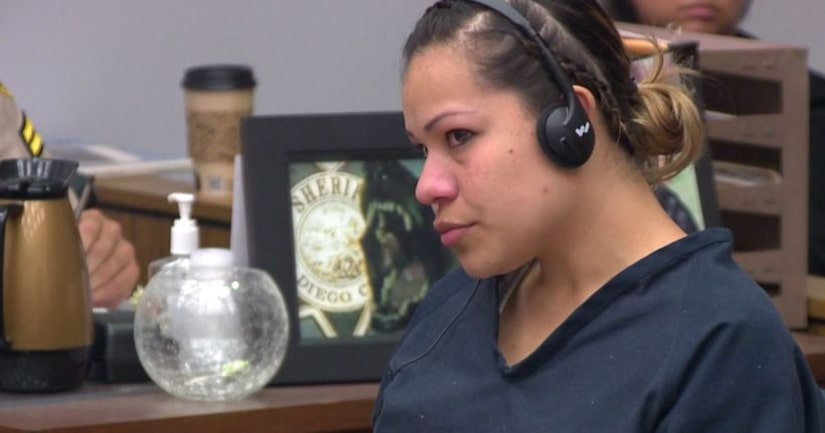 SAN DIEGO, Calif. -- (KSWB) -- A drunk driver who hit a man in Oceanside and continued driving for more than a mile, even though the victim's body had gone through her windshield and ended up on the front seat, was sentenced Wednesday to 15 years to life in state prison.

Esteysi "Stacy" Sanchez, 31, was convicted in April of second-degree murder, gross vehicular manslaughter and hit-and-run in the death of 69-year-old Jack Tenhulzen. Before sentencing, the victim's family addressed the court. The hearing was interrupted because the defendant was sobbing uncontrollably, said Deputy District Attorney Robert Bruce.

The prosecutor told jurors that Sanchez displayed a conscious disregard for human life when she drove drunk and ran over Tenhulzen on a sidewalk on Mission Road near the state Route 76 bridge the morning of June 27, 2016.

The victim went through the windshield and into the passenger seat of her car. Part of one of his legs -- which was severed in the accident -- was found at the back of the car near the rear window. Tenhulzen was hit so hard that he was ripped out of his pants and shoes, authorities said.

Sanchez still had shards of glass in her hair when she was taken into custody. Her blood-alcohol content was measured at between .18 and .19 percent -- more than twice the legal limit of .08 percent -- two hours after the collision, Bruce said.