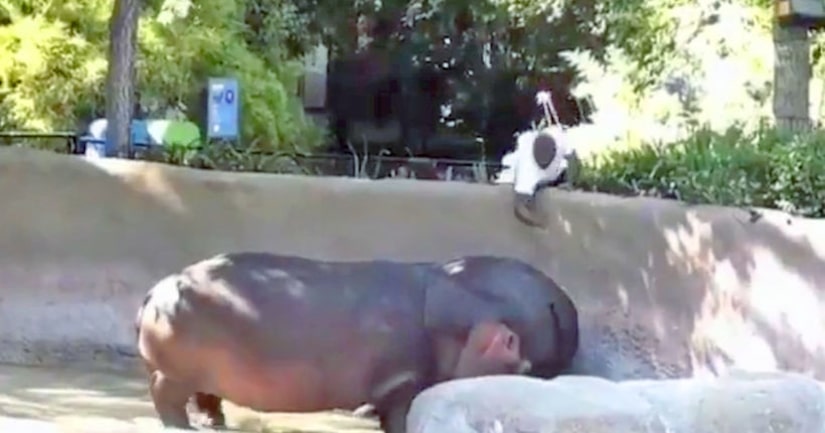 LOS ANGELES -- (KTLA) -- A video of a man climbing a barrier at the Los Angeles Zoo and then slapping a hippopotamus on its rear end has sparked a criminal investigation by the LAPD, officials said Monday.

Zoo officials learned about the incident last week, after a video of the spanking began circulating on social media. Zoo officials responded by reporting the episode to police and by posting a “No Trespassing” sign on the exhibit. It is the first such sign to be placed on an animal exhibit, zoo officials said.

The video, which was filmed from the opposite side of the animal enclosure, shows the man vaulting a railing and creeping up slowly on two hippos, Rosie and Mara. The man then reaches out and slaps Rosie, who is almost 4 years old. The loud slap appears to startle Mara — Rosie's mother — and she quickly lifts her head as the man runs off and raises his arms in a gesture of victory. Rosie does not appear to move after being struck.