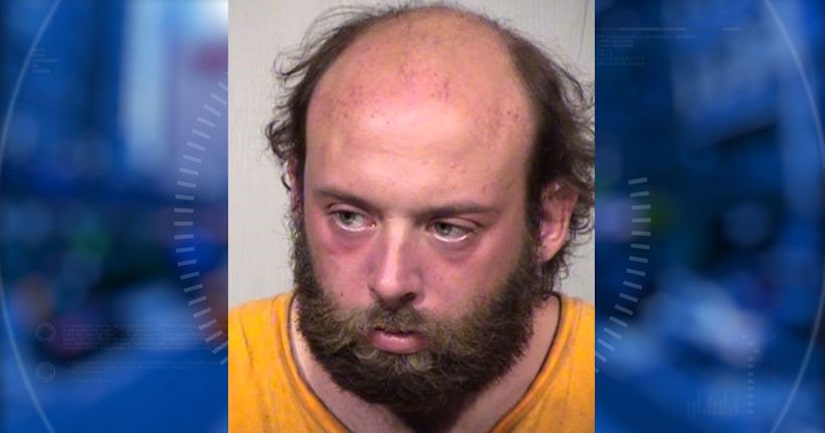 GLENDALE, Ariz. -- (KNXV) -- Authorities say a construction worker helped an off-duty Surprise reserve officer who was being attacked by a man.

Witnesses reportedly told Glendale Police that Dieter Bradford Klofkorn appeared homeless and dehydrated on August 7, so workers offered him a chair to rest in and water to drink. An off-duty Surprise reserve officer was also there and went behind a wall where the suspect was sitting to take a phone call. Klofkorn allegedly pushed the officer and reached for the officer's gun. The officer later told police that Klofkorn nearly removed his weapon before he was able to retain control of the firearm. The officer turned and struck him, and a construction worker assisted him by grabbing Klofkorn. He was detained with duct tape until Glendale police arrived.

Klofkorn, 29, has been charged with aggravated assault.