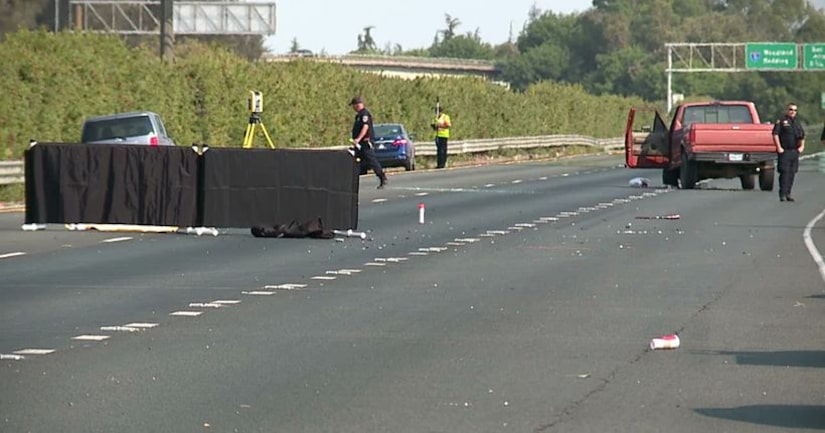 SACRAMENTO, Calif. -- (KTXL) -- In the early hours of Sunday morning, a collision escalated into a physical altercation between the two drivers, leading to the death of both men.

According to the California Highway Patrol, two drivers collided on Interstate 5 in northbound lanes around Arena Boulevard around 3:44 a.m. Sunday, then drove farther down the highway to Del Paso Road, where they continued to fight. One of the men pulled out a blunt object, beating the other and killing him.

After the fight, the CHP says, the suspect in the case took off, walking in the middle of the freeway. He was then hit by a car, making him the second death in the case. The driver who hit the suspect stayed at the scene and is cooperating with the investigation.

“If you're involved in a traffic collision call 911, report the incident and let officers come out to the scene. And if there's any type of conflict between the involved motorists that's for us to handle,” said North Sacramento CHP Officer Mike Zerfas.