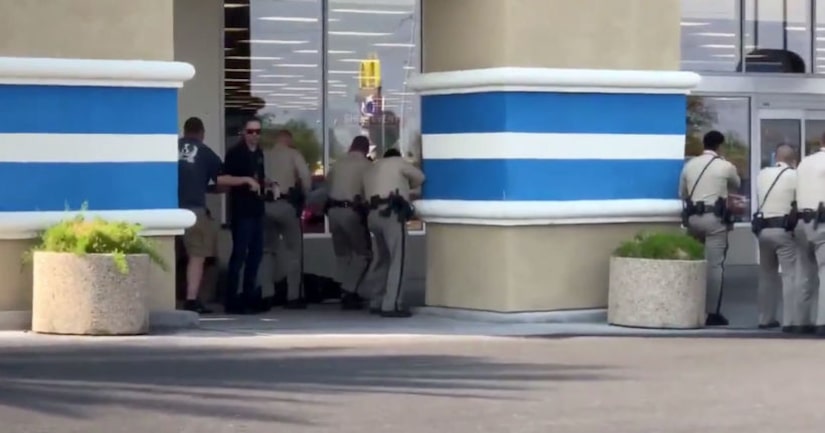 One family who witnessed the incident reports that a security guard was terminated from his job at the Ross store. The security guard reportedly threw down his vest and said he was coming back for a manager and two other people. The family says that minutes later they heard gunshots and hid in the dressing rooms.

Police confirm that the guard fired a weapon at the manager of the store. The manager was not injured in the shooting.

Another witness reports that she saw the security guard sitting calmly on a bench. She says the guard put a gun to her head and told her not to go inside the store. The witness says she ran away after the confrontation. Minutes later she saw police run by and heard five gunshots.

LVMPD reports that the suspect opened fire on police, and officers returned fire, hitting the suspect once. The suspect was hospitalized and was undergoing surgery.

OFFICER INVOLVED SHOOTING: Witnesses say a security guard was fired & came back inside of ROSS at Blue Diamond & Valleyview & started shooting. I spoke exclusively with people who witnessed the shooting and aftermath... More details to come on @News3LV tune in pic.twitter.com/qWWie1wKhE