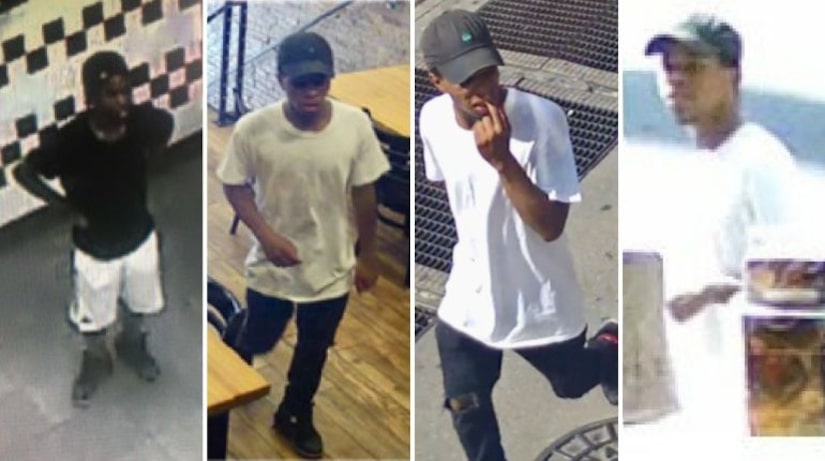 NEW YORK CITY -- (WPIX) -- Authorities are searching for a man wanted in connection with setting fires inside of the bathrooms of two restaurants in Midtown, police said Thursday.

On Sunday around 4:30 p.m., police responded to a 911 call of smoke emanating from a bathroom inside of a McDonald's restaurant located at 490 8th Avenue.

Police determined that a man intentionally set the contents of a trash can on fire inside of the bathroom. Only minor damage caused to the trash can. No injuries were reported in this incident.

About 10 minutes later, around 4:40 p.m., police responded to a second call for smoke emanating from the bathroom of Famiglia, a restaurant located at 488 8th Avenue.

The contents of a trash can was also set on fire inside of the bathroom in this incident, police said.

Police described the man as being in his 20s and last seen wearing a dark baseball cap, eyeglasses, white t-shirt and dark pants.