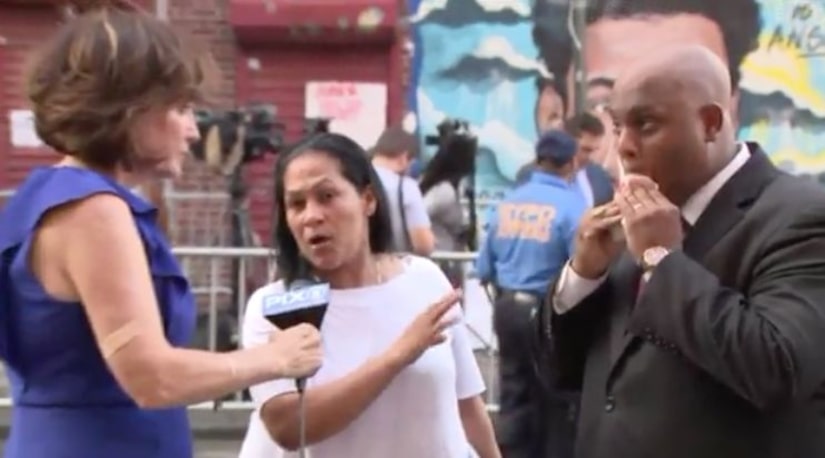 THE BRONX, N.Y. -- (WPIX) -- The NYPD told PIX11 late Wednesday night that a man named Kenny Young was arrested on Bathgate Avenue — right near the bodega where Lesandro “Junior” Guzman Feliz was killed. He was accused of disorderly conduct, after getting into an argument with supporters of the murdered teen's mother.

Junior's mother and people on the scene said Kenny Young was the same man who identified himself as Brother Khalil Abdul Muhammad on Monday evening, when he stepped into a “live” interview the Mary Murphy Files was doing for PIX11 Facebook with the late teen's Mom.

Leandra Feliz challenged Muhammad during the “live” chat about the Justice for Junior's Foundation he had started. She said it was without her consent.

On Monday night, the man was dressed in a crisp suit and tie.

On Wednesday, the person identified as Kenny Young was wearing a track suit and baseball cap when he was taken into custody, the arrest captured on cell phone footage.

A source told PIX11 that representatives from the Nation of Islam showed up at the 48th Precinct, where Kenny Young was booked. Young was issued a criminal court summons and then released.

PIX11 tried to reach the contact number Brother Khalil Muhammad listed with the AP Daybook on Monday, when he notified the press he would be making a statement about his foundation, which had been called into question by PIX11's Jay Dow.