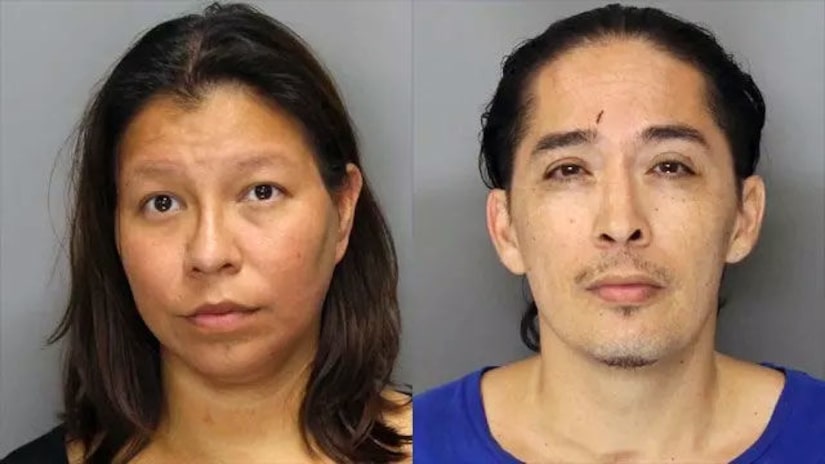 COBB COUNTY, Ga. -- (WGCL) -- A Cobb County couple is facing criminal charges after authorities say they kept their children in filthy living conditions. Richard Coolidge and Amanda Lufkins are both charged with cruelty to child and battery, family violence after being arrested.

Police responded to a Marietta residence after calls of a domestic dispute. Upon entering the home, officers say they smelled the odor of urine and feces throughout the residence. Several knives and other sharp objects were also seen in areas accessible to small children who live in the home. Other observations included a lack of air conditioning, no hot water, and kids were having to sleep two and three to a bed.

Warrants state children ages 12, 6, 4, 2 and 1 were living in the residence. On occasion the children were subjected to witnessing each other being abused including being pushed off the couch, hit on the head with sticks and pushed down the stairs.