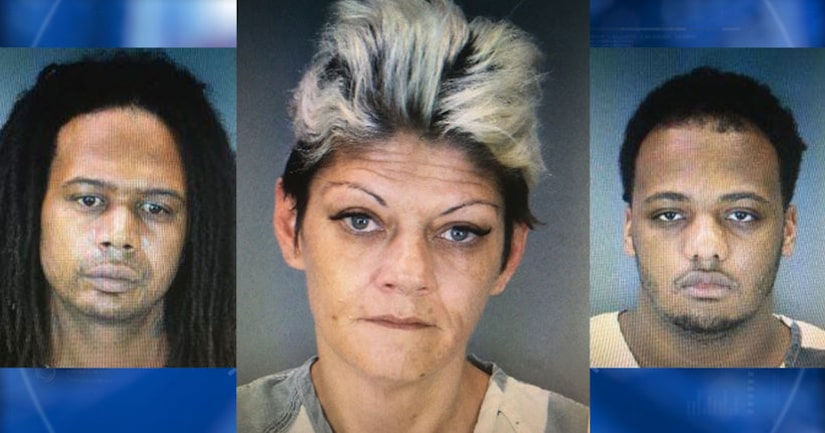 TARRANT, Ala. -- (WBRC) -- The founder of The WellHouse, a non-profit organization that helps human-trafficking victims, has been arrested after a three-month investigation by Tarrant Police into criminal activity.

Kimberly Tajuan McCarty, 47, is charged with trafficking cocaine, trafficking in stolen identities, unlawful possession of a controlled substance and two counts of fraudulent use of a credit/debit card.

Authorities found several guns, large amounts of cocaine, heroin, prescription medication, stolen property, stolen identities and marijuana during a search at a house on Jackson Boulevard in Tarrant. Octavius Owens and Jordan Owens were charged with unlawful possession of a controlled substance.

FULL STORY: The WellHouse founder and 2 others arrested for drug activity - WBRC