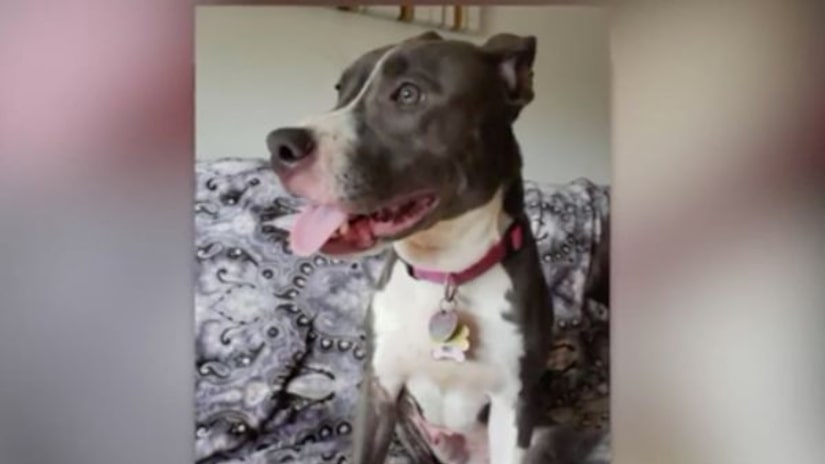 MONMOUTH COUNTY, N.J. —- (WPIX) -- An arrest has been made in the disturbing case of a crated dog abandoned along a bulkhead in New Jersey last week.

According to the Monmouth County Prosecutor's Office, Aaron D. Davis, 36, of Long Branch was arrested and charged Tuesday in connection with the case of “River” the dog.

Officials say the white and grey 1-year-old pit bull was abandoned in a locked crate on July 31 in Veterans Memorial Park in Highlands.

The dog was rescued by a passerby who was walking her dog at the time.

The dog was renamed River after he was rescued.

His story was well documented and widely shared on social media.

There is now a push for legislation, called River's Law, which calls for harsher penalties for people convicted in the state of animal cruelty.