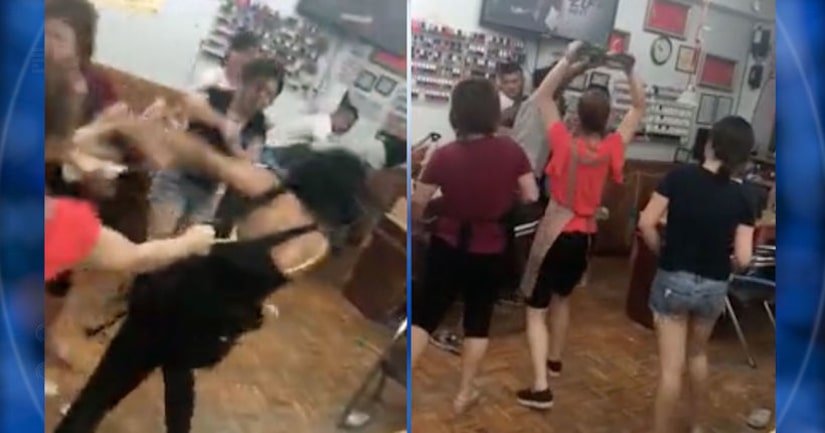 The protest happened after video was shared on Facebook Friday night showing a group of women in smocks surrounding a woman as a second woman whacks her with a broom. The woman being hit is beaten on the back as she walks out of the salon. That's when the video shows the women in smocks turn toward two black women huddled against a wall. The groups yell at each other, and one employee throws a liquid at the women.

The woman who initially posted video of the incident also said a patron refused to pay the salon because she felt the employee did not do a good job, prompting the fight.

"Share this cause the cops decided to arrest the black people but not the Chinese people who ganged up on them," Mercy Maduka stated on Facebook.

Police on Monday confirmed the incident resulted in two arrests.