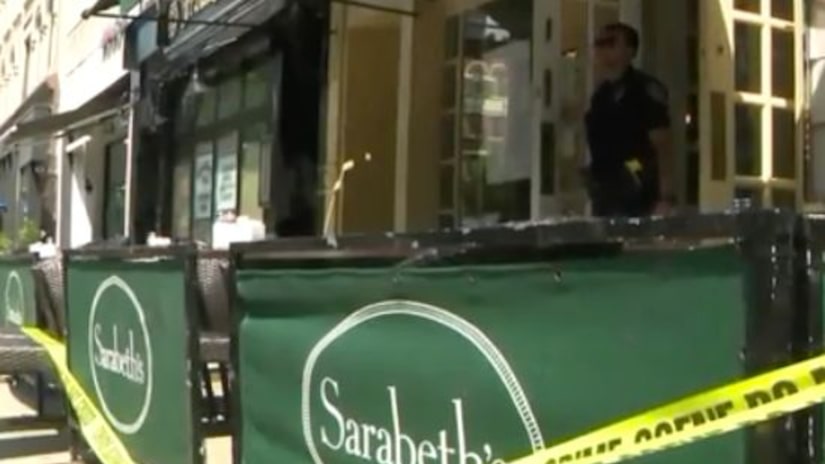 NEW YORK CITY -- (WPIX) -- A man has died after he allegedly attacked employees at Sarabeth's Restaurant on the Upper West Side on Sunday.

Police said the incident happened at the restaurant's Amsterdam Ave. and West 80th Street location at about 11 a.m.

The man allegedly jumped out of the restaurant's freezer and lunged at employees with a knife.

"Away, Statan! Away," he shouted, according to police sources.

Employees were able to tackle the man onto the ground. Police said once the man was hit the ground, he suffered an undetermined medical condition.

He was transported to the hospital where he died.

Suzanne O'Brien, a woman who lives around the corner from Sarabeth's, was outside moments after police arrived.

"I was coming out of Duane Reade because I live across the street and I noticed all these police cars, which obviously if there is more than one, there is an issue," she said.

O'Brien said she wants to know how the man got into the kitchen freezer with no one spotting him.

"If they were there overnight, well obviously you can't be there in freezer overnight, but if somebody had broken in it's not like you would see them at 11 for the first time or around that time. You would have done that way earlier because you have to prepare the food," O'Brien said.