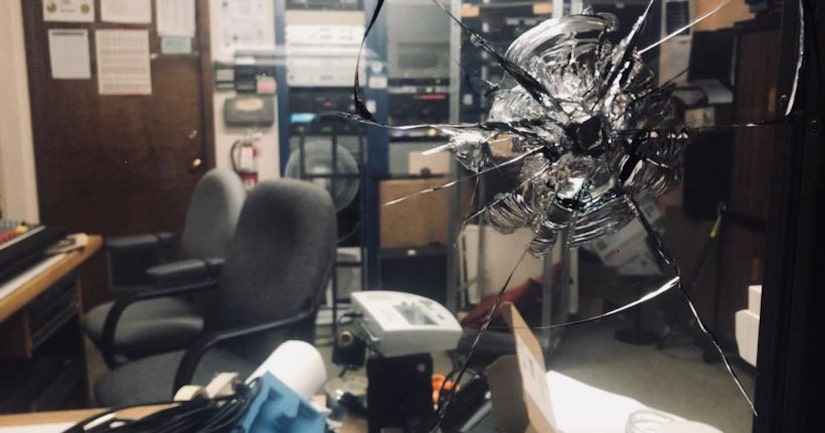 Officers responded to a report of a shooting at 118 S. Bedford St. at 3:12 a.m., according to Chief Mike Koval's blog. They found a 33-year-old man with a non-life-threatening bullet wound.

Other people were present at the time of the shooting, according to police. The victim was taken to a local hospital for treatment and quickly discharged. WORT-FM said the suspect was wearing a mask and a hood and opened fire on two DJs in the broadcast studio. The station said the injured DJ was shot in the buttocks and that witnesses reported five shots being fired through the glass windows of the studio.

The station was off the air for several hours until just after 9:30 a.m., but they quickly jumped back on and updated their listeners on their website.

Police said no suspect has been located at this time. Police said it is unclear how the suspect entered the building, as there were no signs of forced entry. WORT said they will be tightening security. Officials are still investigating the incident.