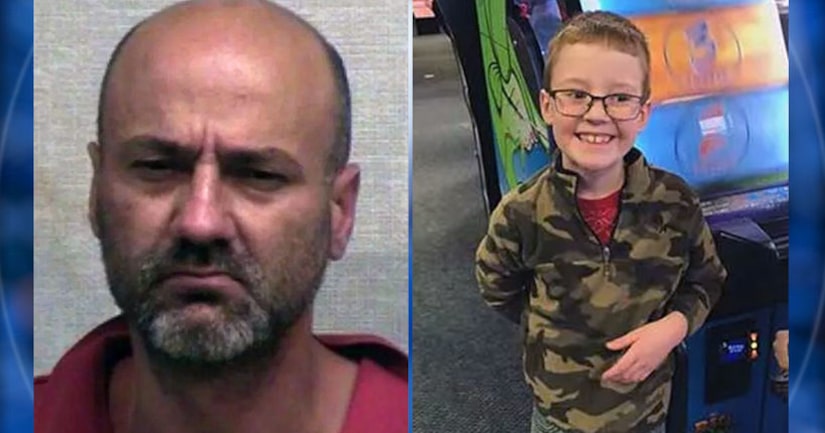 SEYMOUR, Ind. -- (WAVE) -- A father accused and jailed in the death of his young son could have his bond reduced. Curtis Gilbert Collman, 41, has been charged with neglect that led to the death of a dependent and possession of methamphetamine.

Detectives said his 8-year-old son, Curtis Collman III, accidentally ingested meth while in his father's custody. The amount of meth he consumed was enough to kill a grown man, according to officials.

Around 10 a.m. on June 21, Collman noticed his son was falling ill. He reached out to a friend who came over and advised the child might need medical care, according to police documents. The father then took his friend's cellphone to prevent her from calling 911. He also pointed a gun at her and threatened her life, according to police. Collman and his son then drove to his mother's house, police said.

Police said during questioning Collman admitted that his son was "stiff" when they were driving to his mother's house -- so stiff he could not be moved. Soon after, while at his mother's house, the child began to turn blue and his father performed CPR, according to him. He never asked anyone to call 911. Eventually, Donnie, Collman's father, called 911 to get the child help, police said. The child later died.

Reports said the boy ate several grams of meth, thinking it was cereal. The drugs were on a plate at his father's house, which police said had no electricity when a warrant was executed.

Collman also faces charges for pointing a firearm, theft and failure to register as a sex offender. Collman's previous criminal record includes trafficking and sexual misconduct with a minor.