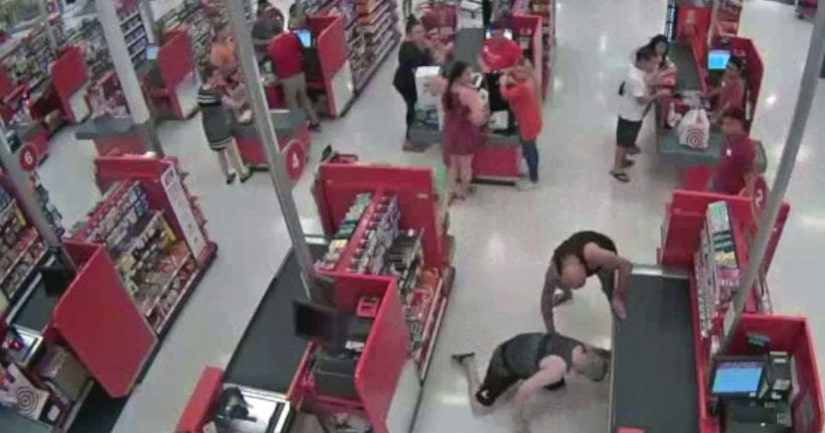 CYPRESS, Calif. -- (KTLA) -- Police arrested a man on Wednesday after he allegedly took inappropriate photographs of shoppers at a Target store in Cypress.

Officers arrested Jorge A. Ibarra Jr., 29, on suspicion of invasion of privacy, according to the Cypress Police Department. The agency said it was alerted at around 8 p.m. on Tuesday about a man surreptitiously taking images of women who were wearing skirts at the Target at 6835 Katella Ave.

Ismael Duarte was shopping at the store with his wife and 15-year-old daughter that day. He said he went into “protect mode” after he and his wife noticed Ibarra acting strangely and identified himself as the man seen on store surveillance video pushing the suspect to the ground and kicking his phone away.

Duarte's wife Angelica said her husband intervened after they noticed Ibarra put his phone in camera mode and begin following their daughter. Duarte said he chased Ibarra out of the store and tackled him before capturing photos of him fleeing in his car.

They said two victims and multiple bystanders provided information that led them to identify Ibarra as the perpetrator. Investigators also learned that the man committed the same crime at the Target at 20200 Bloomfield Ave. in Cerritos earlier that day, police added.

Officials found Ibarra on Wednesday and booked him at the Orange County Jail on $25,000 bail.