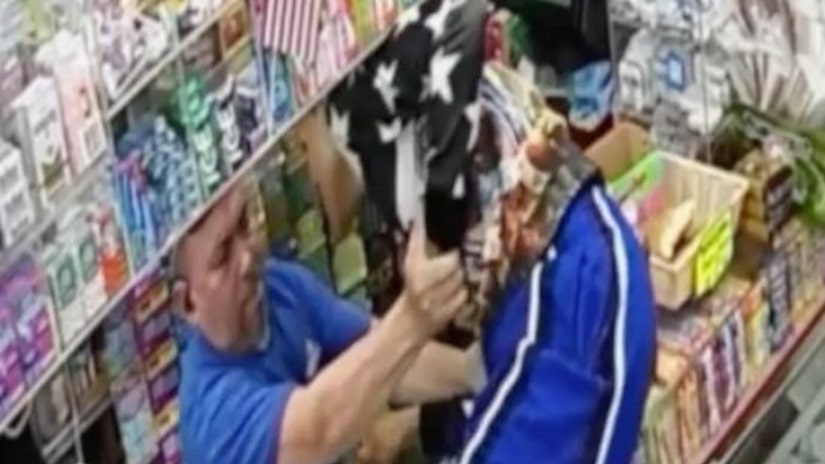 THE BRONX -- (WPIX) -- The Bronx bodega where a 15-year-old boy was murdered has been sold and will reopen under new owners, according to NYPD Chief of Department Terence Monahan.

It's been closed since the death of Lesandro "Junior" Guzman-Feliz. Monahan told PIX11 he learned about the sale late Wednesday afternoon.

He was doing an interview with PIX11 at the location as part of our reporting for a special called "Gangland NYC."

On the night of Wednesday, June 20, police say Junior was chased for blocks by a convoy of four vehicles filled with alleged members of the Trinitarios gang. Junior sought refuge in the Cruz & Chiky bodega at East 183rd Street and Bathgate Avenue, which is close to his home.

Surveillance captured a group of suspects storming into the bodega, finding Junior behind the counter, punching him and dragging him outside. Additional surveillance shows young men setting upon him with knives and a machete.

The bodega surveillance also showed Junior, mortally wounded, stumbling back inside asking for help, only to be directed to a hospital up the road. He bled to death on the sidewalk outside St. Barnabas Hospital. The teen never made it to the emergency room.

After the teenager's murder, enraged residents of the Belmont community demanded that the bodega remain closed, blaming the owner for not doing more to protect Junior and save his life. The owner later gave a tearful news conference, claiming that he called 911 and had tried to protect Junior from the attackers.

FULL STORY: Exclusive: Bodega where 'Junior' was killed is sold, will reopen under new owners - WPIX