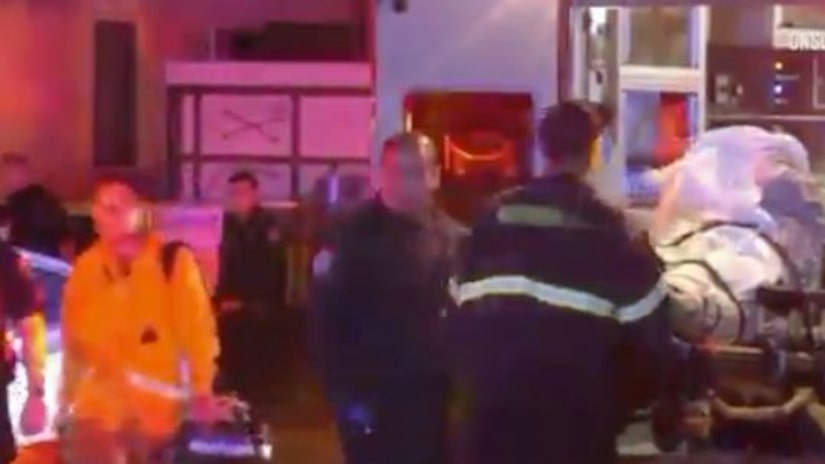 GARDENA, Calif. -- (KTLA) -- A man accused of opening fire on his pregnant girlfriend and friends in Gardena, killing a woman then fatally shooting a fellow gang member who helped him flee the scene, was arrested Wednesday following a 36-hour manhunt, officials said.

Selvin Salazar, 25, was taken into custody on the 4100 block of Century Boulevard in Inglewood, the Los Angeles County Sheriff's Department said in a news release.

Though investigators had identified Salazar as the suspect, they had not previously released his name.

Authorities had been searching for him since the violence unfolded at a trailer park in Gardena around 4 a.m. Tuesday morning.

Salazar was allegedly partying with a group of friends there when he became upset and opened fire on the gathering.

Four people were struck, one of them fatally. Dolores Sanchez, 28, died at the scene, while two other women and a man were taken to the hospital.

One of the wounded women, 23, was pregnant and believed to be Salazar's girlfriend. Her condition Wednesday was unclear, but officials had said both she and the unborn child were expected to survive.

A 24-year-old woman who was shot has since been released from the hospital, while a 37-year-old man was last listed in serious condition.