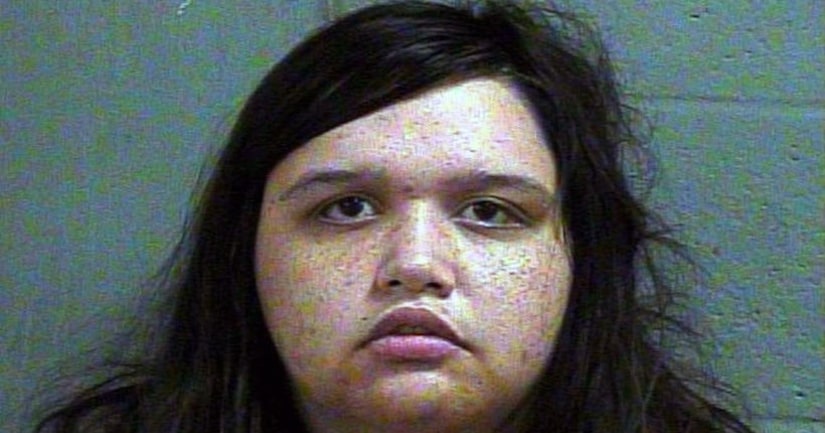 LUTHER, Okla. -- (KFOR) -- Kristen Elizabeth Jones, 21, was arrested on complaints of first-degree murder, first-degree arson and desecration of a human corpse. She was held in the Oklahoma County Jail without bond.

Firefighters responded to a house fire in rural northeastern Oklahoma County around 9:30 a.m. Monday. They discovered a body inside the home and sheriff's homicide investigators were summoned.

According to an arrest warrant, Jones and her roommate Miranda Pederson got into an argument after Jones discovered text messages between Pederson and Jones' ex-fiancé. Jones said Pederson stabbed her in the hand, and Jones then "went to the bedroom and retrieved a gun and shot Pederson in the back of the head."

"The fiancé and the suspect in this had been in a dating relationship for approximately two years, and they had just called it to an end," said Oklahoma County Sheriff Investigator Paul Harmon.

According to court records, Jones said during a phone conversation between her, her mother and the ex-fiancé -- and monitored by investigators -- that she "tried to cover it up because she got scared."