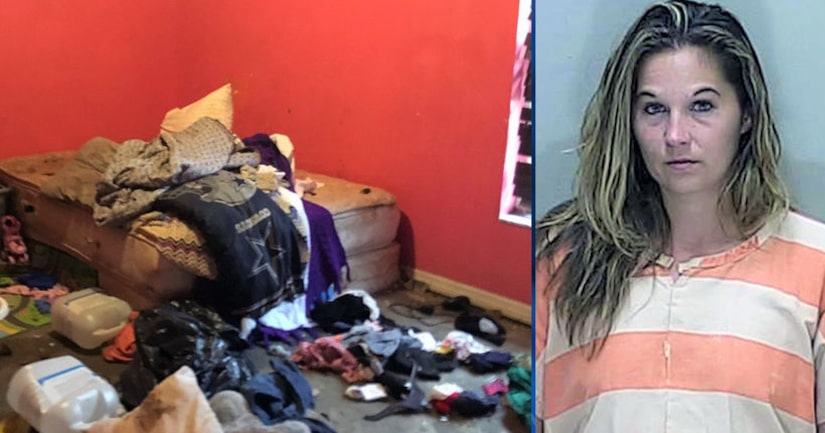 MARION COUNTY, Fla. -- (WKMG) -- A woman has been arrested after six children in her care were found to be infested with lice and covered with open sores as they were wandering the streets alone, according to the Marion County Sheriff's Office.

Authorities were called Tuesday afternoon on a report that two young children were roaming around dirty and partially clothed. Deputies found a 2-year-old girl and 4-year-old boy, both covered in open sores and infested with lice, the report said. The young girl had multiple open sores on her face, arms, legs and chest. She was naked from the waist down, officials said.

Four of the children's siblings -- ages 6, 8, 9 and 13 -- approached deputies as they were speaking with the younger children. They told deputies all six of them came from a home down the road and they'd been left alone while their caretaker, Sara Resko, was at work, according to the affidavit.

When deputies went to the home where the children lived, they encountered what they described as "deplorable" conditions. The floor was caked in dog feces, flies were swarming all around, the children only had mattresses on the floor to sleep on and there was no running water, no food and no electricity, the report said.

Resko was charged with six counts of child neglect. DCF took custody of the six children, who will be placed into an alternate home.