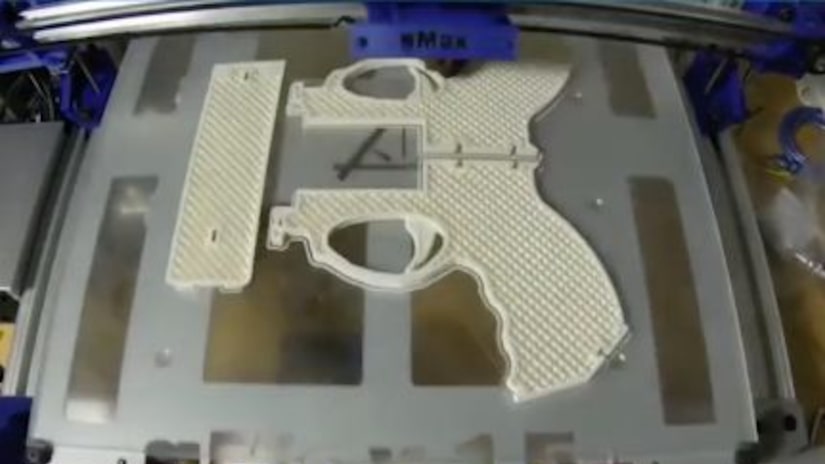 WASHINGTON, D.C. -- (KTLA) -- A gun rights group that has posted plans for 3D guns blocked downloads from its website on Tuesday after a federal judge sided with states that argued the postings could help criminals and terrorists manufacture such weapons.

Judge Robert Lasnik's ruling didn't order the plans to be taken down, but temporarily blocked a settlement that Defense Distributed, a Texas-based gun rights organization, and the federal government reached in June that made it legal to post 3D printable gun plans online.

“This is a nationwide ban. … It takes us back to a period of time before the federal government flipped on their policy regarding these 3D ghost guns,” Washington Attorney General Bob Ferguson said on “Anderson Cooper 360˚”

“What it means is if anyone posts this information online, they are in violation of federal law and can suffer very serious consequences. So, it makes it unlawful to post that information and make it available to the public,” Ferguson said.