VAN NUYS, LOS ANGELES -- (KTLA) -- Authorities released video of an LAPD shooting incident in Van Nuys in June that left a suspect and his hostage dead after being struck by police gunfire. Chief Michel Moore released footage of the June 16 incident during a news conference Tuesday.

Moore said that the Van Nuys shooting was yet another example of officers having to make spilt-second decisions based on the actions of a violent person.

"It's been 13 years since an officer's gunfire has killed an innocent bystander or hostage in this department. In the last six weeks, it's happened twice," Moore said.

During the incident in June, police were called to a report of a man stabbing his ex-girlfriend outside Hope of the Valley Rescue Mission. Responding officers found the man, later identified as Guillermo Perez, 32, armed with a large knife and a metal folding chair.

The graphic body-cam video shows the officers yelling at Perez several times to drop the knife. One officer later fires beanbag rounds at the suspect, who continues to hold the knife. At one point the man drops the chair, grabs a woman in the area, puts the knife against her throat and began to cut her, the video shows.

Another woman was found with lacerations and a large knife was recovered at the scene. No officers were injured. The incident remains under investigation. 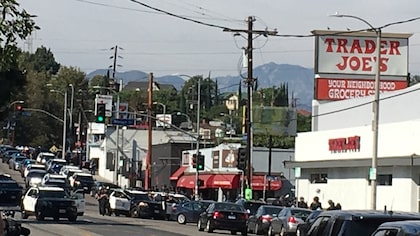 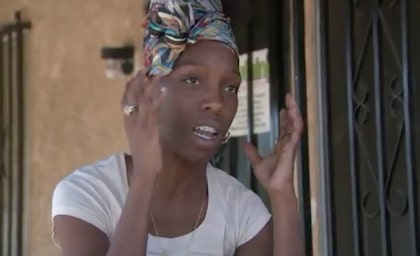 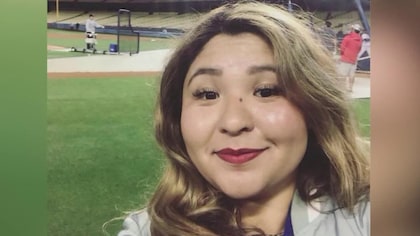