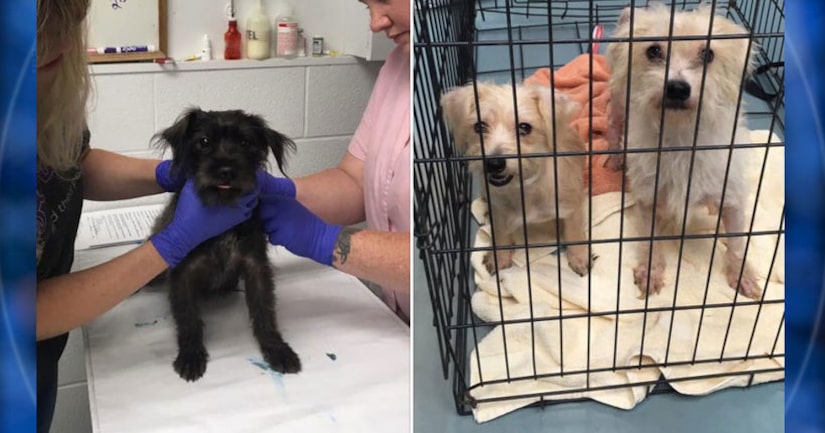 MICHIGAN CITY, Ind. -- (WXIN/AP) -- Authorities say dozens of dogs have been removed from a home in northern Indiana where a woman was found amid unsanitary conditions. Police in Michigan City say 34 live dogs and one dead one were taken from the home Monday.

Police began an investigation last week when a woman hospitalized in serious condition after LaPorte County Adult Protective Services found her on a porch covered in feces, urine, lice and maggots.

Police, animal control and other officers noted a stench in the neighborhood that was emanating from the home. Police say residents of the home wouldn't let them inside, so they got a search warrant from a judge. The dogs weren't healthy and charges could be filed.