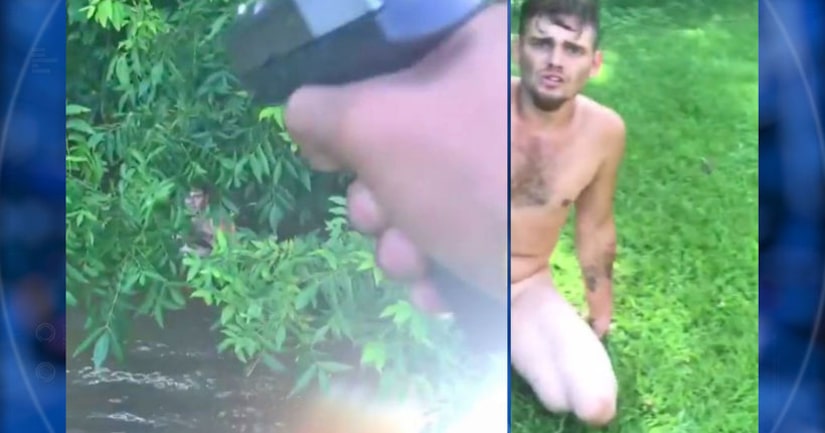 NEWTON COUNTY, Ga. -- A father said he had to pull out his gun to protect his family when he saw a naked man at a city park.

The father told WSB-TV that he was at the park with his his two children, his mother and his grandmother when the 21-year-old naked man approached them.

The father, Tae Lovelace, said he told the man to leave several times before he grabbed his gun and chased the man. He was able to hold the man while another family member called police.

"Not only did he come back naked he ran directly up to my kids, and the mother of my child and they were frightened," Lovelace said.

Officers later arrested the suspect identified as Josten Meeler. Police charged Meeler with child molestation, public indecency, and being under the influence of alcohol or drugs.