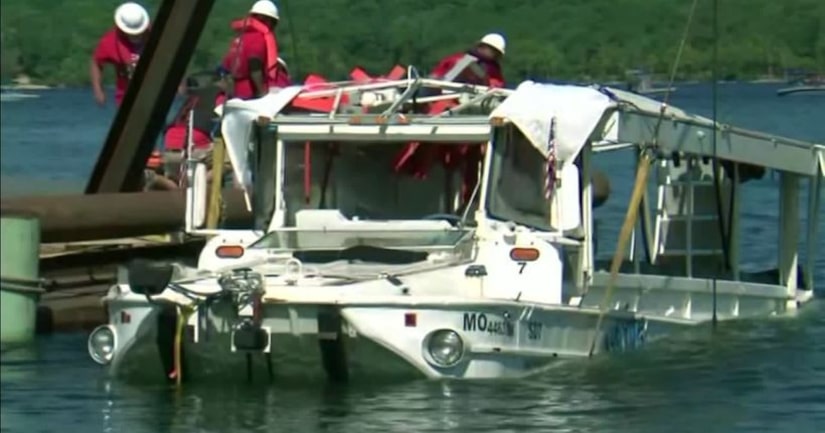 SPRINGFIELD, Mo. -- (WDAF) -- Attorneys representing Indianapolis families whose relatives drowned at Table Rock Lake while on a "Ride the Ducks" tour filed a lawsuit Sunday against Ripley Entertainment alleging wrongful death, outrageous conduct and negligence. The lawsuit filed in federal court seeks at least $100 million in damages for the estates of Ervin Coleman and Maxwell Ly, three of the 17 victims who died in the boat sinking on July 19.

The duck boat carrying 31 people sank after taking on too much water during a storm, and the lawsuit contends that Ripley Entertainment recklessly put the lives of its passengers at risk by ignoring storm warnings and failing to take corrective safety measures. The lawsuit says that Ripley ignored repeated safety warnings over two decades about the duck boats' canopies, and the danger they pose during an emergency. It cites a 2002 National Transportation Safety Board report that found the canopies "essentially caged them (the passengers), making escape in limited time available extremely difficult."

On the day of the sinking, the lawsuit says company operators ignored a severe thunderstorm warning issued at 6:32 p.m. The captain and driver of Stretch Duck 07's were told to take the water portion of the tour before the land in an effort to beat the storm, a reversal of the original itinerary. As passengers boarded, the captain said he had monitored the weather before the trip.