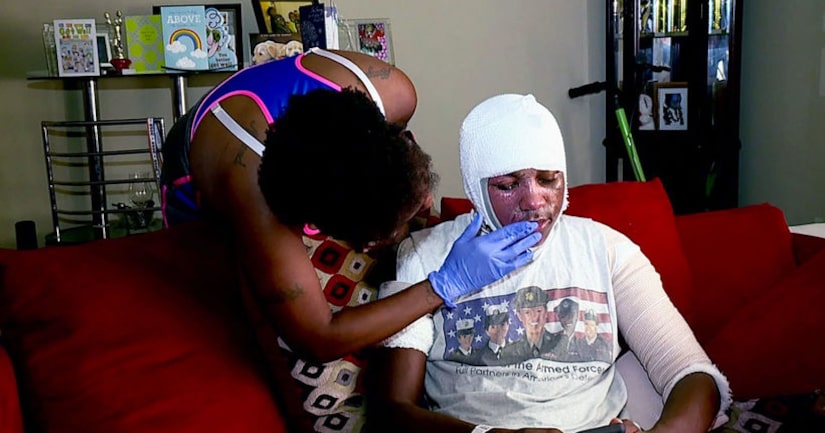 INDIANAPOLIS -- (WXIN) -- An Indianapolis family is raising a red flag about the so-called “Hot Water Challenge” after the dangerous prank resulted in a 15-year-old being severely burned. The “challenge” consists of someone either drinking boiling water through a straw, or having the water poured on them.

Last week, Kyland Clark says he and a friend were looking up the challenge on YouTube when they decided to prank each other. While Kyland was sleeping, he says a friend poured water on him as a joke.

The prank resulted in Kyland suffering second degree burns on his back, chest and face. He had to stay in the hospital for a week while undergoing treatment.

Now Kyland and his mother say they want to make it known how dangerous the challenge is. Kyland is expected to heal from his injuries, and doctors say his pigment should return in a few months.