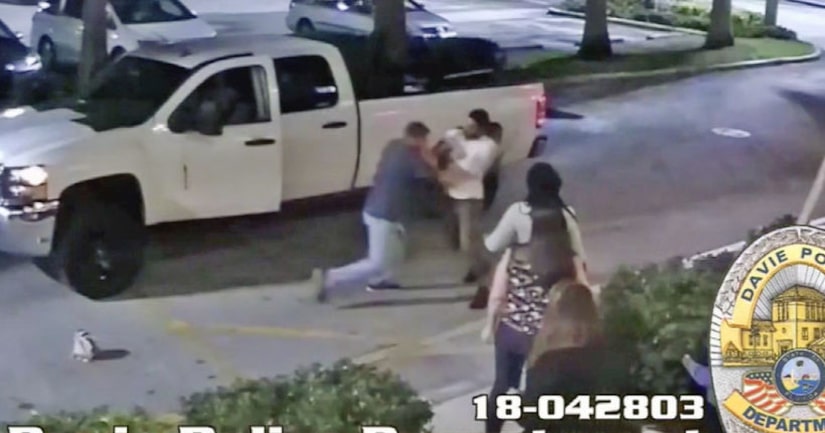 DAVIE, Florida -- (KRON/CNN) -- A night of celebration turned bloody in Florida and it was all caught on camera.

Police say Megan Berger was getting ready to celebrate her birthday when her ex-boyfriend showed up and attacked her current boyfriend.

Video shows Richard Madruga, the ex-boyfriend, speed up in his truck and just barely miss hitting several people outside a painting studio.

Police said Madruga used two screwdrivers in the attack. The woman's current boyfriend fought Madruga and suffered scrapes and stab wounds, including one that required staples in his head to close, police said.

Police say despite being exes, Madruga and Berger still live together and have a child.

Madruga was charged with aggravated battery with a deadly weapon and released on bail.