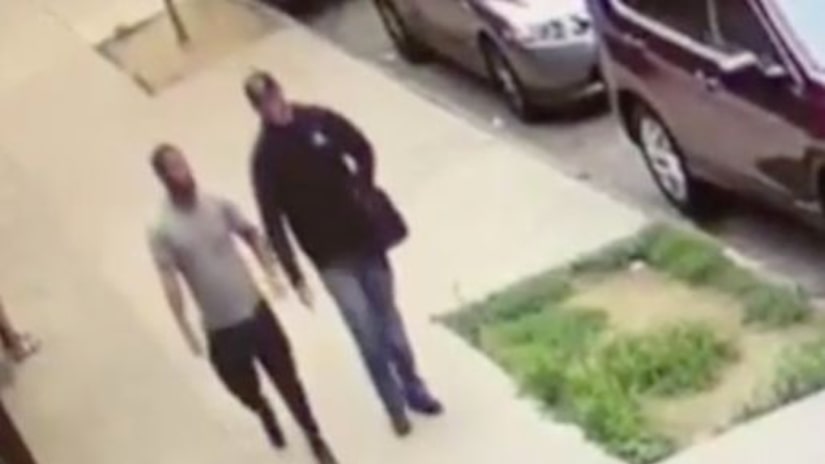 THE BRONX, N.Y. -- (WPIX) -- Police are looking for two men wanted for questioning in regards to a violent robbery in the Bronx, police said Friday.

All three men displayed guns and demanded money from the victims.

The thieves allegedly stole an Android cellphone before fleeing in a late model black Chevy Suburban with Pennsylvania license plate in the rear.