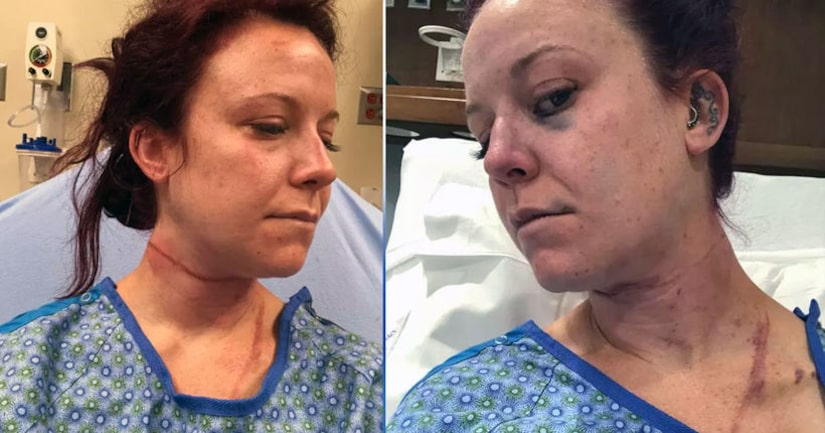 LITTLETON, Colo. -- (KDVR) -- A woman who survived an attempted sexual assault on Wednesday morning described her experience on Facebook and talked about what happened.

"Vanessa," who wanted to be identified by her first name only, said she was walking her dog alone on the Platte River Trail near Reynolds Landing in Littleton when a man passed by her. She recognized the man from a walk she had taken a day earlier.

Vanessa said the man then approached her from behind and put a rope around her neck. He then dragged her into the woods about 15 feet from the trail and removed most of her clothes, according to the Facebook post.

The man continued to choke Vanessa with his hands, the rope and a bandanna. Vanessa said she screamed and "fought like hell" to free herself. Vanessa said the man "hog tied" her from her neck to her wrists and then to her ankles. The man promised to let her go, but said he needed to find his glasses first.

She managed to sit up and was able to reach the knot around her ankles and free herself.

"I had no choice at that point but to run for my life as fast as I could, unfortunately without my dog. I made it to the bike path almost completely naked screaming for help," she said.

Vanessa said a man on a bike was able to chase down the suspect and keep him restrained until police arrived and arrested him.

Vanessa was also able to find her dog, who is safe.

Vanessa says she wrote the Facebook post to remind her friends that "danger can exist anywhere" and to be aware of one's surroundings. She said she feels lucky to be alive and appreciates all the support she has received.

She says she'll go back to the Platte River Trail.