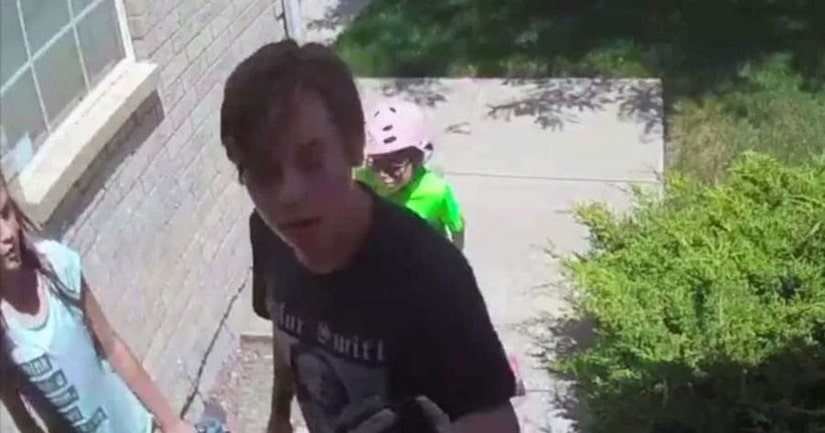 Haylie and Reagan Wenke were seen approaching the front door of a home but the residents weren't home. A robotic voice said to leave a message and that the camera was recording.

"We found your wallet outside of your car and we just thought we would give it back to you," 13-year-old Haylie Wenke is seen saying. "I'm going to put it over here so no takes any money. You're welcome. Thank you."

The residents said the wallet belongs to their son and it had about $700 inside.

"We just thought it would be a good thing to do," Haylie Wenke said. "It just feels good because we really didn't need the money. So we just decided to give it back."

Haylie said she found the wallet in a driveway while she, a friend and 6-year-old brother Reagan were riding their bicycles on their way to a water park.