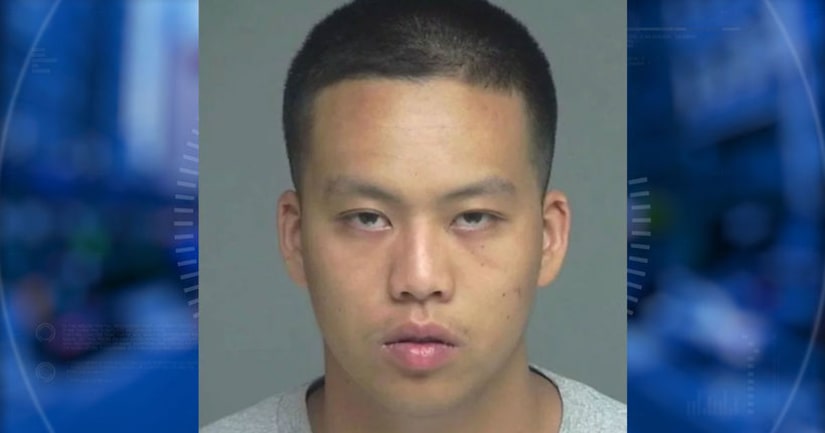 Officers responded to a report of an armed robbery Wednesday at K&M Liquor on Katella Avenue. A man with a semiautomatic handgun had just fled from the business after threatening an employee into giving him about $500 in cash, investigators learned. At 1:15 a.m., police were dispatched about 1 1/2 miles away due to a report of a man brandishing a handgun. The man also allegedly threatened a clerk at the Luxor Restaurant on Brookhurst Street.

Responding officers found the suspect nearby with a loaded gun in his waistband and identified him as the perpetrator in the liquor store robbery, police said.

Ty Minhgat Phan, 23, was booked on suspicion of armed robbery and other felony charges, according to the Garden Grove Police Department. Phan, a convicted felon, said he committed the robbery to pay for court fines related to his other cases, according to police.