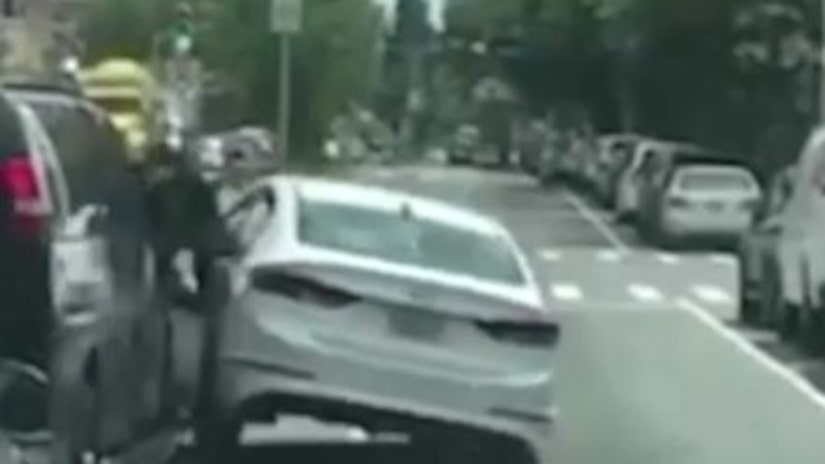 BROOKLYN, N.Y. -- (WPIX) -- A wild scene unfolded on a busy Brooklyn street Tuesday during a road rage incident that could have killed a 24-year-old livery cab driver.

The driver of a white Hyundai with Florida plates cut off the livery cab driver in the middle of McGuinness Boulevard near Norman Avenue in Greenpoint around 1:30 p.m., the victim told police. The suspect got out of his car with a box cutter and started swinging it at the livery cab driver.

At one point, the suspect grabbed the victim's keys and hopped back into his own car, video shows. The livery cab driver ran after him to get his keys back, but the Hyundai driver drove off pinning the victim between his vehicle and another before finally taking off.

The livery cab driver was taken to a local hospital and has since been released.

Detectives are looking for the driver of a white Hyundai with Florida plates.

"This viral video might be key in helping us catch this violent suspect," police posted on Facebook. "Thankfully the man in the video is ok. If you recognize the suspect in this video please contact 1800-577-TIPS. All calls are kept confidential."