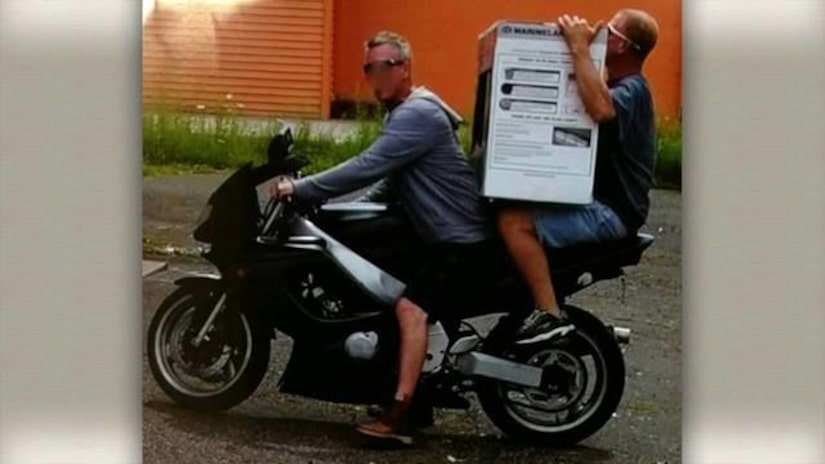 NILES, Ohio -- (WKBN) -- Niles Police chased down two suspects accused of shoplifting from PetSmart, then escaping on a motorcycle.

According to the Niles Police Department's Facebook page, a call came in around 11:30 a.m. Monday on a report that two men took a large fish aquarium and then fled on a motorcycle while the back passenger held it.

A responding officer saw a motorcycle with a passenger carrying an aquarium pass him on Route 46 and turned around to give chase.

According to police, the passenger got off the motorcycle with the aquarium and began running on West Street, breaking the aquarium.

Police say a few minutes later the motorcycle was found on the ground. When officers began to search the area, they found a man they described as "nervous looking" behind a home on Franklin Street.

Officers said the man began to furiously prune a small tree with his bare hands and told officers he was there to do yard work. He also told the officers the suspect ran east.