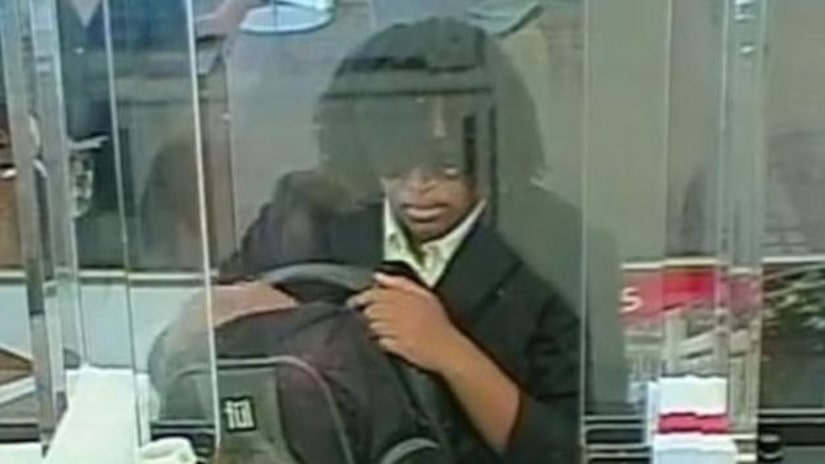 WASHINGTON, D.C. -- (WDCW) -- The FBI is seeking the public's assistance in identifying a woman named the “Fake Hair Don't Care Bandit,” accused of robbing several banks in the D.C. area.

The FBI Washington Field Office says the woman is suspected of robbing five banks in D.C. and Maryland.

The suspect is described by officials as a black female believed to be in her late 20s to early 30s, standing approximately 5 feet 5 inches tall, weighing about 150 pounds.

In each robbery, the woman passed a note demanding money and fled the bank on foot after receiving the funds. She has frequently worn a wig and sunglasses during the robberies and has also carried various oversized bags, officials say.

The FBI is offering a reward of up to $10,000 for information leading to the capture of the woman.