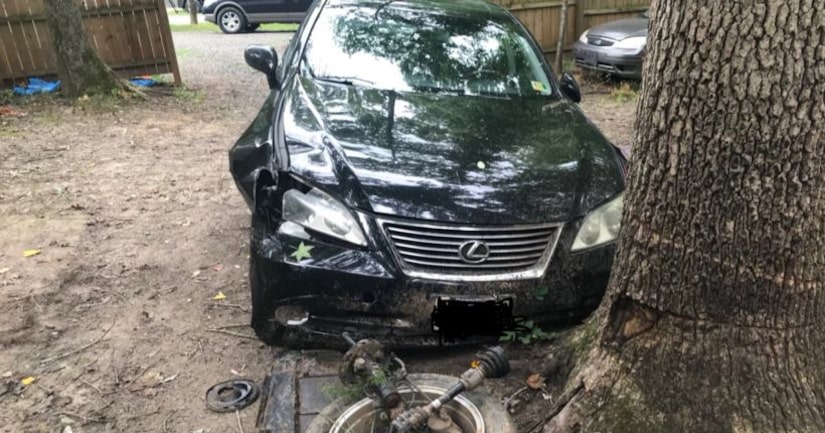 The boy, ages 10 and seven, made a 37-mile trip down Interstate 64 in a vehicle taken from their guardians.

The 10-year old was behind the wheel, and crashed the vehicle in the median just past the Gum Springs exit in Goochland County, shortly after 8:30 a.m. Tuesday.

The boys' guardians immediately called police after they woke up to find the kids and Lexus missing, Fluvanna deputies said.

A driver on I-64 East spotted the Lexus “driving erratically” around mile marker 148 in Louisa County. The driver followed the car 12 miles to Gum Springs, where witnesses said a police car had blocked off the exit ramp.

The 10-year old boy backed into the driver who was following them, and then crashed the Lexus in the median a short distance down the highway, accord to witnesses. No one was hurt in the wreck, officials said.

Steve Parrish with Andrew Parrish Towing was called to the scene. The boys appeared to take a few safety precautions, Parrish said. The front seats were scooted all the way up, and Parrish asked a state trooper on scene about whether or not the boys were wearing their seat belts.