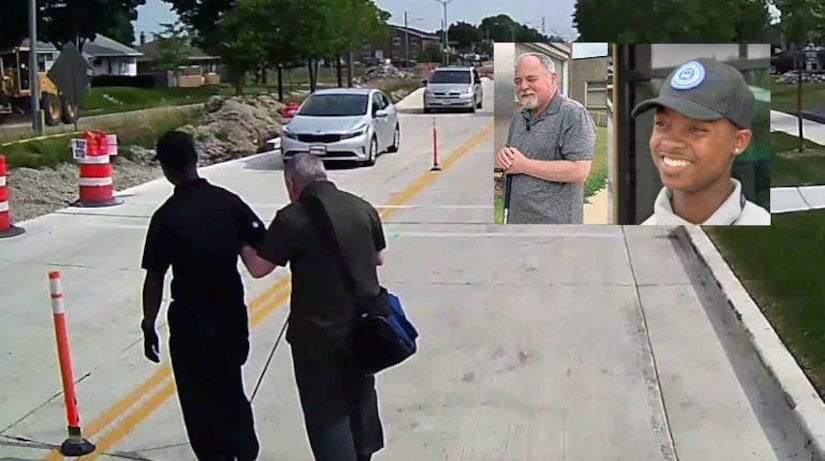 MILWAUKEE -- (WITI) -- Navigating road construction is difficult enough -- now image doing it with your eyes closed. A blind Milwaukee man must make his way through the orange barrels every day, but he's getting some help from an unexpected source.

Diabetes stole Gene Hubbard's sight, but not his independence. The 69-year-old is still working.

Gene takes the county bus alone to and from his office every workday. His routine for 20 years, Gene knew every step of the way -- until road construction threw him off course.

"If I don't have a regular locating point to start from, I may as well be in the middle of the ocean," said Hubbard.

A woman snapped a picture as Thaddaus Turner, a MCTS bus driver, helped Gene cross the street. Video inside the bus shows 28-year-old Turner pull over and let Gene take his arm.

What you can't see is the line of cars that stopped to watch Thad's good deed.

"I knew I had the traffic behind me stopped, because it's only one-way through there. My concern was getting him across from the opposite direction,"said Turner.

Thad's kindness was caught on camera -- but Gene says when he's asked -- many other bus drivers have helped him make it home.

"I just can't say enough about all the bus drivers," said Hubbard.

Before new drivers like Thaddaus get behind the wheel, they meet with passengers who have disabilities, so they better understand how they can help.