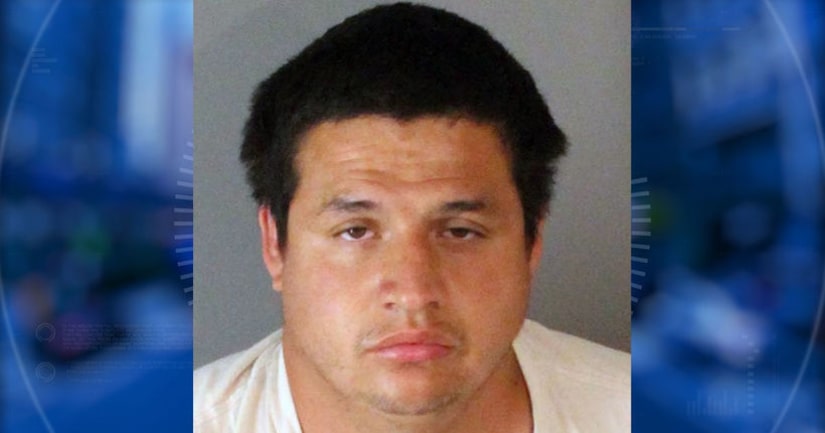 RIVERSIDE, Calif. -- (KTLA) -- A man sexually assaulted a boy inside a library in Riverside, authorities announced on Monday.

Juan Francisco Palacios, a 29-year-old Riverside transient, was caught on camera watching the 6-year-old boy walk into the bathroom alone on July 18, according the Riverside Police Department, where he allegedly followed the child and assaulted him, and then fled.

The victim's father, who was at the library with two children when the crime occurred, alerted library staffers when he learned about the incident.

At 3:36 p.m. on Sunday, police responded to the Riverside Public Library after receiving a call about a person who matched the suspect's description, the agency said.

They found Palacios and arrested him on suspicion of sexual assault against a minor under 10 and probation violation for possession of child pornography, the Police Department said. He was required to register as a sex offender.