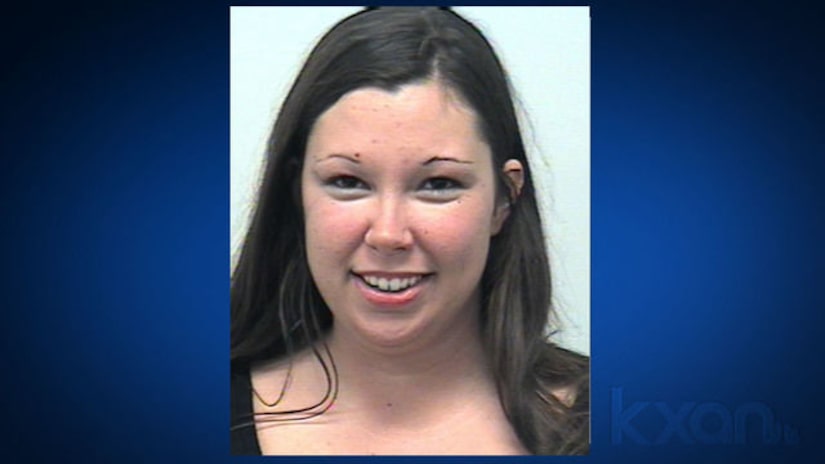 LAKEWAY, Texas -- (KXAN) -- A Lakeway mother was arrested after police say she passed out after locking herself and her son in a car Saturday afternoon.

Adriane Grace Moss, 34, faces an abandoning or endangering a child charge. Police say they got a call around 4:52 p.m. for a welfare check on a 10-year-old boy locked in a truck that wasn't running. According to an affidavit, his mother was passed out in the front seat.

"According to Lakeway Dispatch, the 10-year-old asked his mother to roll down the windows, while on a recorded 911 line, and she replied 'No,'" the affidavit said. An officer headed to the scene said the temperature was 104 degrees Fahrenheit at the time.

When police arrived the woman got out and spoke to the officers. Both she and the boy had "sweaty and matted hair," the affidavit said. The boy said he'd woken up in the car after it was parked, and that he'd been inside with the windows rolled up for about an hour.

Officers reported that the woman stumbled and smelled like alcohol when they spoke to her. She reportedly ignored officers' questions, tried to get close to the boy and at one point told him "get out of my life," according to the affidavit.

Moss bonded out of the Travis County Jail.