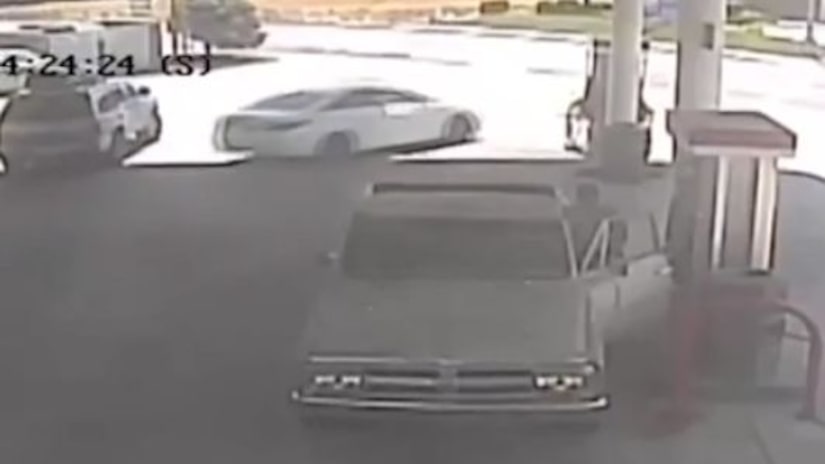 MIDVALE, Utah -- (KSTU) -- Police are searching for a man who carjacked a vehicle at a Midvale gas station Sunday.

The man probably didn't know two kids were in the backseat, and one of them put up a big fight.

Surveillance video shows a man in a white shirt walking to the Phillips 66 gas station at 335 West 7200 South.

He then hops in the white car and drives off.

When the driver realized two children were in the car, he abandoned it a few blocks away and fled on foot.

13-year-old Josslyn Milliam was one of the kids.

"My mom asked me to feed my baby sister because she was hungry and the guy just got in the car and started driving away," she said.

When she realized the man was stealing the car, Josslyn sprang into action.

FULL STORY: Man carjacks vehicle in Midvale with kids in the backseat, 13-year-old girl puts up a fight - KSTU