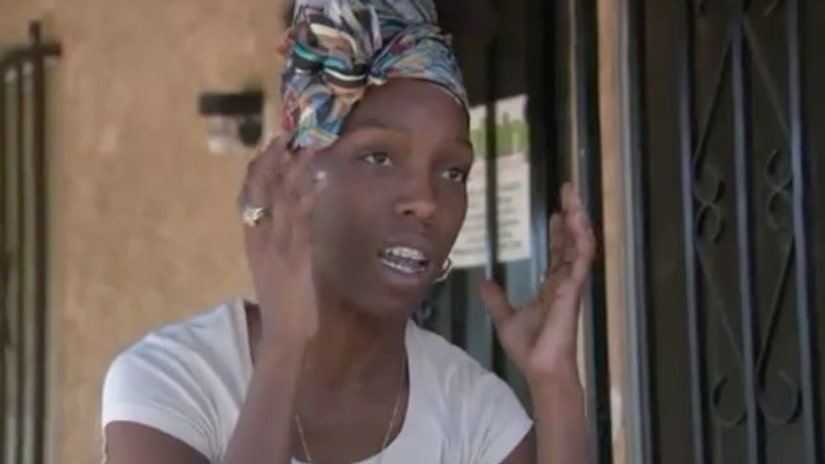 SILVER LAKE, Calif. -- (KTLA) -- The family of a man accused of leading police on a chase and deadly shootout outside a Silver Lake Trader Joe's, before taking dozens of people in the store hostage, spoke out on Sunday.

According to police, 28-year-old Gene Atkins took more than 40 customers and employees hostage at the grocery store on Hyperion Avenue on Saturday afternoon. Police would later confirm a store manager died in the shootout with police, while Atkin's grandmother was initially left in critical condition and seven other people — including him — suffered non-life-threatening injuries.

It all unfolded after Atkins allegedly led police on a pursuit that started in South L.A. and ended at the Trader Joe's store less than 10 miles north.

The events that led to that chase came as a shock to Atkins' family, as they told KTLA a day later.

"I really just don't even know what to say because it's like, this just happened yesterday," said Atkins' cousin, Charleo Egland. "I can't believe he did it."

FULL STORY: 'I can't believe he did it': Family of suspect in deadly Silver Lake Trader Joe's shootout speaks out - KTLA