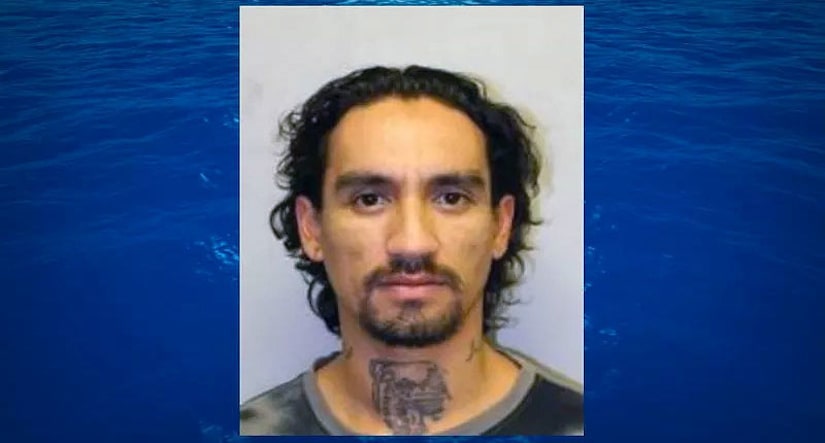 Jorge Pagan-Torres, Malia Lajala and Krystle Ferreira were charged with accomplice to attempted murder in the first degree, hindering prosecution, and criminal conspiracy for their alleged involvement in helping Waiki avoid police.

No bail has been set, and all three remain in police custody.

All three face felony charges of hindering prosecution for their role in a second shootout that took place Friday, in which Waiki was killed.

They were allegedly in the SUV where Waiki was hiding under a blanket, gun in hand. When the vehicle was stopped at a checkpoint in South Point on Friday afternoon, Waiki allegedly jumped out from under the blanket and started shooting.

A sergeant was injured in the melee, and was taken to the Hilo Medical Center in stable condition.

Waiki was killed, while a woman in the SUV sustained a gunshot wound to the leg and a broken femur.

Meanwhile, on Saturday, police said they were continuing to follow up on leads about anyone who may have helped Waiki while he was on the run, "to include transporting him as well as providing him a place to stay."

The shootout was the culmination of an intense, days-long manhunt for Waiki, which involved scores of officers and federal agents, covered much of the Big Island and included several high-speed chases and exchanges of gunfire.

Waiki went on the run Tuesday night, after he allegedly fatally shot Officer Bronson Kaliloa during a traffic stop in Mountain View. The 10-year veteran of the force leaves behind a wife, two sons and a daughter.

Police said the shootout Friday started about 2:45 p.m., when officers stopped a Toyota 4Runner at a South Point checkpoint, which had been set up after police got a tip that Waiki was in the area.

"The officer checked the very back area of that vehicle, opened up that hatch there, and then Waiki actually emerged and shot the officer," Wagner said. "The members of the SRT unit exchanged fire, killing Waiki at that location."

On Saturday, police said Waiki's gun was a .38 revolver. It had been reported stolen from a home in March.

The South Point shooting came a day after a wild chase in Honaunau, more than 40 miles away.

That incident all started around 5 p.m. Thursday, when officers got a tip that Waiki was spotted in a gray Toyota pickup in Kailua-Kona. Officers approached the pickup, spotting a man and a woman inside.

That's when the driver, identified as Harvey Damo Jr., allegedly reversed toward an officer, who fired three gunshots at the truck, police said.

The man and woman were able to flee, leading police on a dramatic, hours-long chase. In Honaunau, an officer again exchanged gunfire with the pickup truck, firing 10 shots at the suspects, but they again evaded arrest.

Officers eventually found the truck abandoned in a coffee field.

The two occupants of the truck reportedly fled on foot into lava fields and thick brush, but were captured about 10 p.m. Alongside Damo was 25-year-old Shevylyn Klaus, both residents of Hilo and alleged associates of Waiki. Klaus has since been released pending investigation.

Damo and Klaus have had several previous run-ins with the law, and Damo had been released from prison July 7. Checks of the vehicle they were in showed that it was stolen, Big Island police said.

Damo was charged with unauthorized control of a propelled vehicle, according to police.

Damo was treated at the Kona Community Hospital for a non-life-threatening gunshot wound and has been released back into police custody.

During the chase, officers fanned out across the area, using K9 teams to try to track down Waiki and a chopper in hopes of catching sight of him. But he was nowhere to be found.