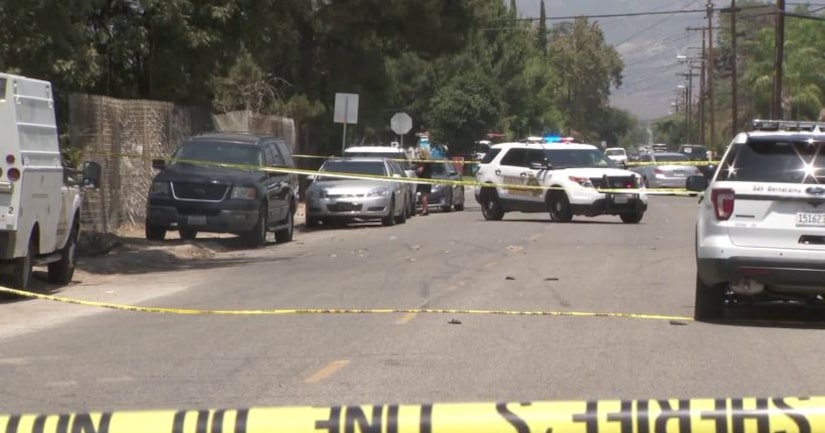 MUSCOY, Calif. -- (KTLA) -- A 2-year-old girl died after a 4-year-old boy somehow got hold of a gun and accidentally shot her in Muscoy on Friday morning, authorities said.

About 9:15 a.m., deputies and medical personnel responded to a report of a 2-year-old shooting victim in the 2700 block of Duffy Street, according to Cindy Bachman of the San Bernardino County Sheriff's Department.

When first-responders arrived, they confirmed the toddler had been shot, she said.

The little girl was transported to a local hospital where she was pronounced dead about an hour later.

Her name has not yet been released.

It was not immediately known how the boy got hold of the gun, according to Bachman.

“Any information about the gun, where it was, how the child got ahold of it, who it belongs to – all of those details will be determined during the investigation," she said.

The two children lived in the same house and were identified by the Sheriff's Department as cousins.

A handful of adults were inside the home either when the shooting occurred or shortly after. Investigators have taken them to a sheriff's station for interviews, according to Bachman.

Authorities also have to do the necessary paperwork to legally enter the residence and conduct the investigation, she added.

Bachman noted that everyone was being "very cooperative."

No other information was immediately released.