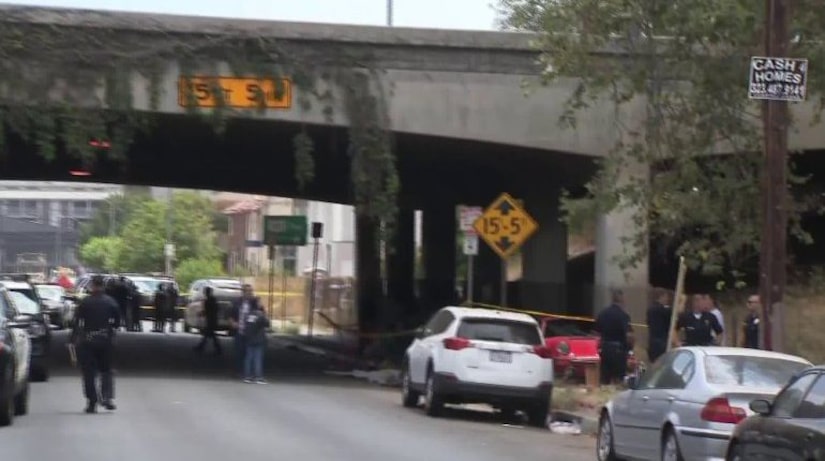 SILVER LAKE, Calif. -- (KTLA) -- A Porsche driver fatally struck a homeless person sleeping under the 101 Freeway near Silver Lake on Wednesday afternoon, according to officials.

That person hit a Honda in front of him before veering into a sidewalk under the 101 Freeway, fatally striking a female homeless person, who had been asleep at an encampment, according to police.

Authorities received a call about the incident at around 1:21 p.m.

Officials conducted a sobriety test on the Porsche's driver and determined that alcohol and drugs did not appear to have caused the incident.

“Mechanics of the vehicle could be part of the issue,” Lopez said. Speed could also have played a role, he added.