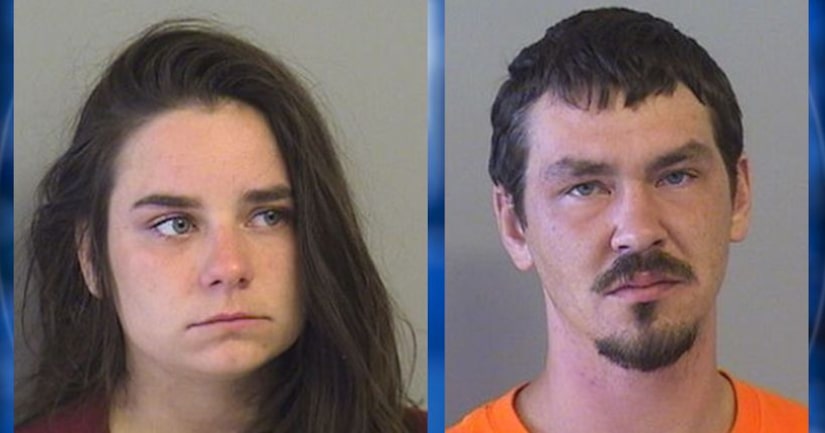 BROKEN ARROW, Okla. -- (KFOR) -- A mother and father were arrested on complaints of child neglect following an incident at a Broken Arrow hotel.

Police responded to the hotel around 11:15 p.m. Wednesday after the manager called them about a child crying in the lobby. The manager told police the child said he could not get into his room and that his mom was not helping.

When police arrived, they found four adults passed out in the grass with a half gallon of whiskey nearby.

“They showed signs of extreme inebriation and there were alcohol bottles there at the scene,” said Officer Mike Peale with the Broken Arrow Police Department.

That's when police woke up Kari Davis, 26, who was slurring her words and acting belligerent. FOX 23 reports she kept telling police she wanted to go back to her room and see her kids.

Police discovered a 10-year-old left alone in the lobby, along with a one-year-old and four-year-old sleeping in the hotel room.

The children's father, Bradley Koonce, 32, was also one of the adults passed out. Paramedics had to use an IV to get him up, according to FOX 23. He was then sent to the hospital.