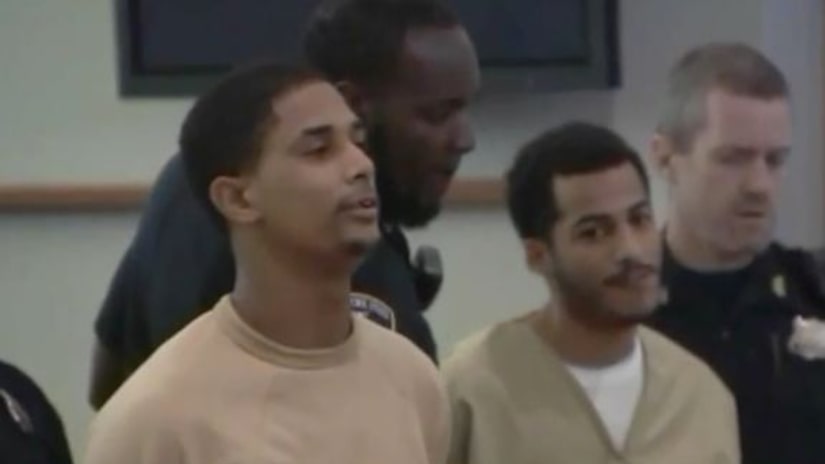 THE BRONX, N.Y. -- (WPIX) -- The mother of slain teen Lesandro “Junior” Guzman-Feliz yelled out at his accused killers in court on Wednesday.

It was an expression of the emotion surrounding this apparent case of a mistaken identity murder that both the district attorney here and the police commissioner call torture.

The mid-morning hearing at Bronx Criminal Court was the unsealing of the indictments against 12 men accused of the brutal stabbing and slashing of the 15-year-old Police Explorer cadet last month.

The indictments were read in a series of appearances in the same courtroom, before the same judge. He had the dozen men come before the court in a series of pairs. The first two suspects, Jonaiki Martinez Estrella, 24, and Daniel Fernandez, 21, pled not guilty. Court officers then began leading the two back out to the holding cells.

"Asesino!" she yelled — which means "killer," in Spanish.